Abruzzo: active vacations for all tastes

THE REGION OF SUSTAINABLE TOURISM

National reserves and nature parks, when these terms are used, the first Italian region that comes to mind isAbruzzo.
An area with a very high level of natural protection but also contemplates the presence of coastal towns and medieval hilltop villages.
We are in one of the kingdoms of sustainable tourism. So let’s see how you can experience an active vacation in this region.

For fat-wheelers, the scenery is extraordinary. A trail not to be missed leads to the discovery of the Gran Sasso and Monti della Laga National Park.

They range from Castel del Monte (famous as the “town of transhumance,” the ancient tradition of moving flocks of sheep throughout the seasons in search of the best pastures) for 17.6 km to Rocca Calascio (for the prestigious National Geographic one of the most beautiful castles in Europe), and then up to an altitude of nearly 1,500 meters.

Also challenging is The trail that retraces the footsteps of Hannibal.: winds through the Laga Mountains cycling on the border between Abruzzo and Lazio. Here the kilometers are 31, starting in Crognaleto. In Cervaro it is worth taking some time to admire the 16th-century houses and the remains of old mills. We then come to Altovia, located on the road to the Cegno Refuge, Interesting here are the houses that were once homes for shepherds and have been renovated using local materials. 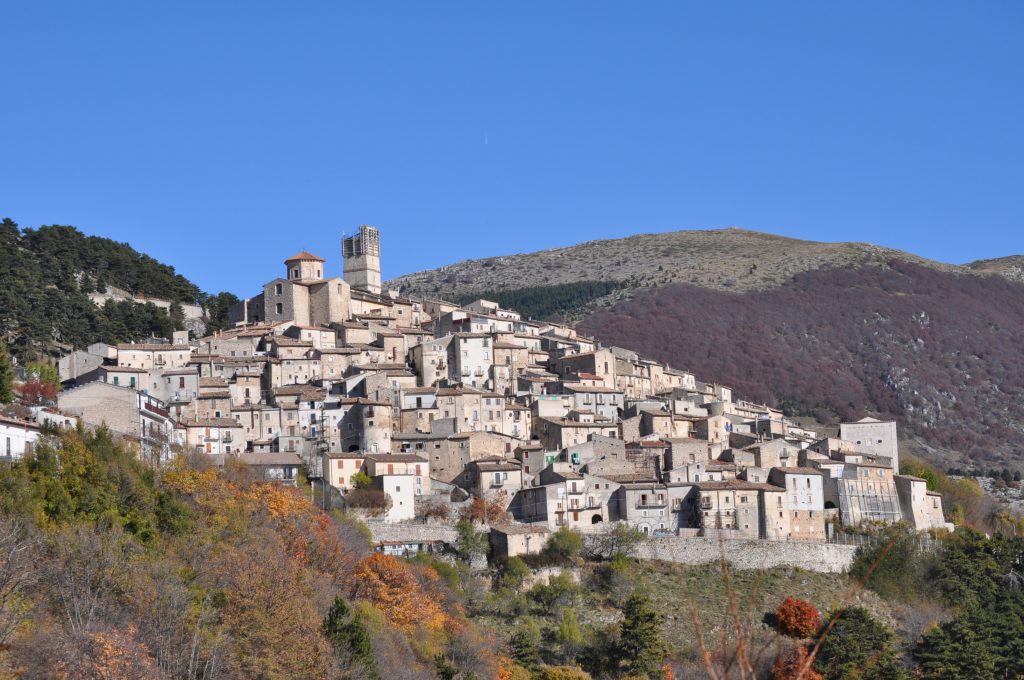 AND FOR THOSE WHO LIKE TO RIDE ON THE ROAD....

For those who like to be on the saddle on the road, here is a route – very challenging – that for 140 km winds through the Vibrata Valley .

It unites Teramo with Ascoli Piceno, offering unforgettable glimpses of abandoned manors and old farmhouses, centuries-old olive trees, the mountains… But the real surprise lies in a very narrow canyon with sheer walls overlooking the river: the Salinello Gorge.

The route starts from the coastal town of Martinsicuro, pedaling close to the sea along the Adriatic Ciclovia and heading toward the ancient town of Santo Omero. We then climb toward Cesena and Campli (very prosperous in the 13th and 14th centuries), and then climb the Laga Mountains toward Macchia da Sole and Settecerri. And down again, towards San Giacomo and Civitella del Tronto, to the agricultural village of Corropoli (rich in Roman remains) and Tortoreto Lido, one of the most famous tourist resorts in the area not far from the starting point.

Simple, on the other hand, is the bicycle itinerary to discover Pescara : 15 km among the historic center, nature and waterfront of the city that was the birthplace of Gabriele D’Annunzio.

Points of interest include Pescara Vecchia, the Ponte del Mare bridge (at 466 meters, it is the largest bicycle and pedestrian bridge in Europe), Cascella’s “ship” (a fountain inspired by a ship and made of Carrara marble by artist Pietro Cascella), and the “Pineta di Santa Filomena” nature reserve, 20 hectares of trails, a refuge for a rich birdlife.

IN THE LARGEST SKI AREA IN THE SOUTH-CENTRAL

Let’s start with a perhaps little-known fact: Abruzzo is the snowiest region in Italy after Val d’Aosta.

On the little-known Mount Cagno near the ski resort of Campo Felice, starts a itinerary on snowshoes , 6 km long, which leads, in the silence of the beech forest, to the summit of the mountain and allows you to enjoy extraordinary views, sweeping over the L’Aquila basin, the Gran Sasso and all the mountains of the region.

For those who prefer downhill skiing, however, here is the largest ski area in the Central and South: Roccaraso. There are as many as 150 km of downhill trails here, but cross-country skiers will also find 60 km of tracks winding between the Alto Sangro and Five Mile Plateau areas.

It may be trite, but all that remains is to say: you are spoiled for choice….

Bike tour among nature, archaeology and wine in the Lands of Primitivo 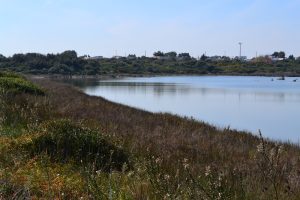 Nature reserves in the Lands of Primitivo 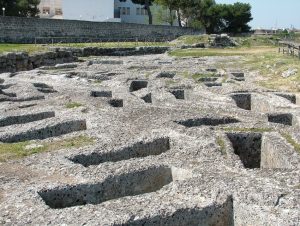 Bike Tour in the Land of the Messapi 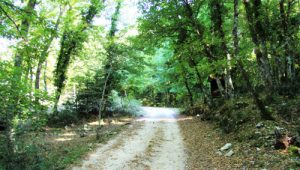 Bosco Quarto Bike Tour: in the heart of the Gargano 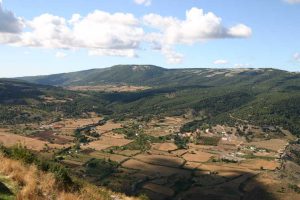 Cycling through the hills of Manfredonia