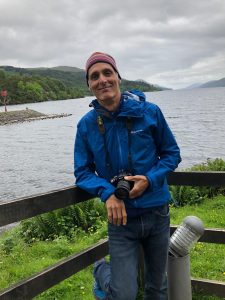 The route covers a good stretch of what was once, before the outbreak of the Great War, the smuggling route between the Kingdom of Italy and Tyrol. Corno d’Aquilio, the extreme western offshoot of the Lessin plateau, with its shady, steep north slope, serves as the pivot for this historic but narrow trail that covers its entire circumference.
From Rocca Pia Pass (1,151 m.asl), where there are still remnants of border posts, we gradually descend through a dense forest of pines and larches that then give way, almost suddenly, to an extensive scrub of birches and white spruces. At the lowest point of the trail, one encounters, attached to the limestone walls of the summit, several holly trees that have almost come to assume the bearing of trees.
The steep ascent is always following CAI 234 trail. From time to time one encounters “poste del carbon,” pitches where smugglers would stop for a few minutes’ rest, and small caves dug naturally inside the mountain. Regaining altitude and coming out of the shady forest, the colors of the beech trees come alive again and shortly afterwards the green pastures.
Arriving at Malga Fanta (1,496 m.asl), the landscape resumes those typical shapes that characterize Alta Lessinia, and the trail comes close to the historic and still entirely unexplored Spluga della Preta, a very famous abyss celebrated by cavers of several generations.

The section from Tommasi to Rocca Pia is easy and well marked. Descending we go through a diagonal forest on trail that requires concentration because it is full of rocks hidden by foliage. It can be difficult to orient in case dry leaves completely cover the trail. Because it is a north-facing trail, it is not very sunny and in autumn in the afternoon may make it uncomfortable for the inexperienced.
The ascent is over a short distance so it is steep and runs along the path created by smugglers, which has several close hairpin bends in some sections. Descending from Malga Preta to Tommasi it is necessary to pay attention to the bottom.
Route not recommended in case of bad weather.

Consigli tecnici
In summer, it is enough to have appropriate footwear for stony and sometimes slippery terrain. In other seasons, it is also important to have clothing suitable for sudden changes in temperature. Although the altitudes are not significant, temperatures in the valley at the lowest point of the route can be severe.
Avoid walking the trail in the dark. Water supply is necessary because there are no refueling points along the route. At Malga Fanta and Malga Preta it is possible to eat something. Malga Preta is open to the public on weekends and during the summer. At C.da Tommasi there is an agritourism that offers local food and cheeses.

Recommended period
all year round Avoid the winter months if you are without crampons.

Where to park
There are two large parking lots in Contrada Tommasi.

Error: map could not be loaded – a map with ID 1 does not exist. Please contact the site owner.

Crati Valley, the “California of the South”

From Agnone to the Sangro Valley

The Etruscan Tuff Villages by bicycle

The Iron Coast on Elba Island

Val di Merse: in the wild but harmonious nature

Cycling in the Alta Langa, between valleys and hills

OVER 42,000 FANS DECREE THE SUCCESS OF THE ITALIAN BIKE FESTIVAL IN MISANO

Borgo Val di Taro: cycling between the Apennines and the Via Francigena

From Modena to Vignola by bicycle

The Marcesina Plain: enchanting places on the Asiago Plateau