Small villages, humble churches, medieval castles and wide landscapes: these are those places in Umbria that are part of a larger story and an itinerary that is a path for the body but also for the spirit.

It was the winter between 1206 and 1207 when St. Francis decided to move away from Assisi, where he was accused by his father of dissipating his possessions in order to give them to the poor, while dressing in rags he ridiculed the family’s good name. The Franciscan Trail retraces for nearly 50 km the route taken by the saint to Gubbio, where he took refuge with a friendly family, and later repeated countless times when he and his friars from Assisi, passing through Gubbio, went to or returned from La Verna. 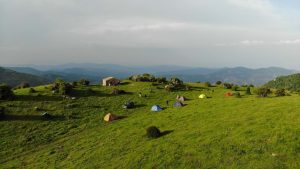 Trekking in the Pollino “Parallel 39.56” – MULTITAPPA